Showing posts with the label 46ers
Show all 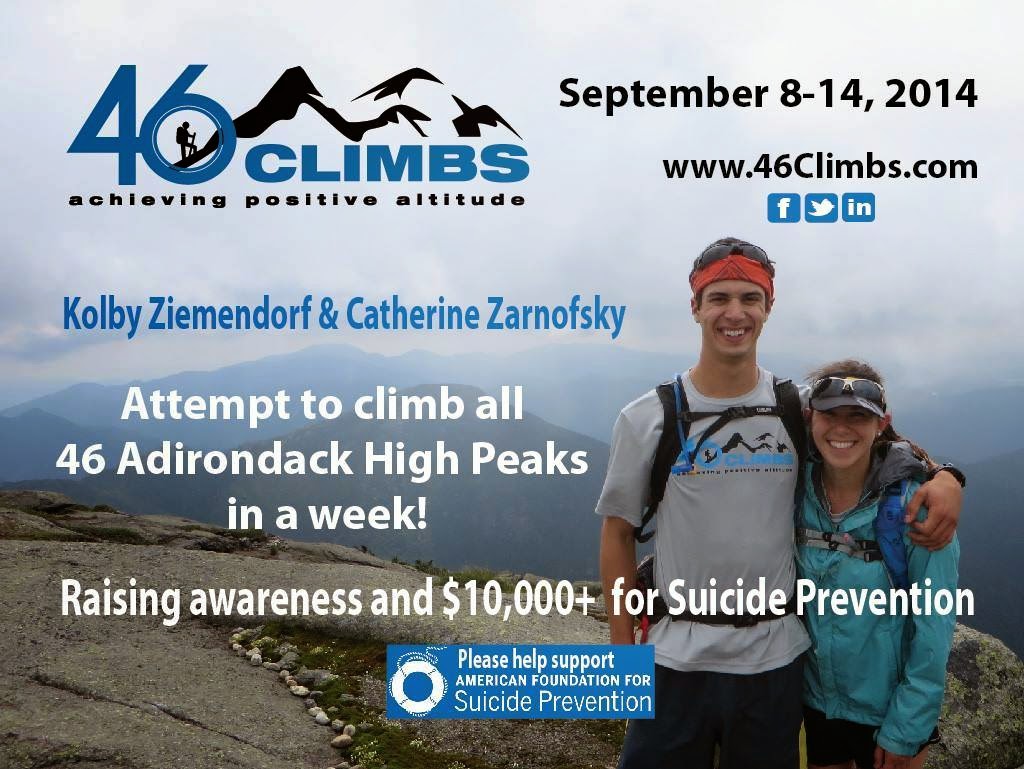 Suicide, depression and the effects of both are challenging and frightening subjects to discuss.  I know.  I was in my early 20s when I found a friend during her attempted suicide. What transpired was tragic and emotional, but she eventually received the help she needed. Not everyone is so lucky. This week, September 8-14, is  National Suicide Prevention week  and two Clarkson students are trying to do their part to raise awareness and funds by  climbing all 46 High Peaks . Adirondack 46ers Kolby Ziemendorf and Catherine Zarnofsky are currently in the Adirondacks to climb all 46 High Peaks again, this time to honor those lost to suicide. This time their goal isn't a patch, but to climb all of the High Peaks in one week to help raise awareness for suicide prevention. “I lost my friend Greg Lombardo when I was in high school,” says Zimendorf. “We played hockey. No one knew that something was wrong. I remember looking around at all the people at his funeral and thinking tha
Post a Comment
Read more

As you requested! Here is a list of all the Adirondack High Peaks (plus McNaughton which is 4,000' but not considered part of the 46 High Peaks) I will have Adirondack Fun Facts about each mountain so keep checking back. If you have other suggestions, please sending them in and I will do my best to get the information here as quickly as possible. Thanks for letting me know. A patch is given as well as an assigned number, though many people do choose not to register. Climbing all 46 High Peaks is not distinguished by the registration, but by the accomplishment. The Adirondack Forty-Sixers is more than just a place to register hikes, the service and hiking organization encourages and educates its membership on conservation and preservation of the wildness of the Adirondack Park in northern New York State.
Post a Comment
Read more
More posts