Showing posts with the label Ticonderoga Winter Activities
Show all 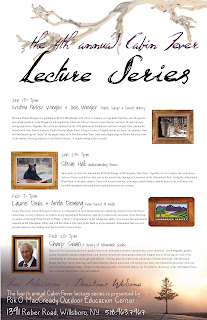 Take a moment to explore the experts of the Adirondack Park. Meet talented artists and performers and learn through these inexpensive lecture series. Enjoy! February 23  -  Annie and Jonny Rosen at the Adirondack Mountain Club's Heart Lake (free) Come in from the cold and warm up with the wonderful musical talents of  Annie and Jonny Rosen . These talented musicians from Schenectady are making their journey up North to help us celebrate winter in the Adirondacks. You’ll enjoy listening to their beautiful vocals and harmonies that are blended into an eclectic mix of acoustic folk, torchy blues, standards, bluegrass, gospel, early jazz and more. A great night of musical entertainment for everyone! February 24 -"Lies Will be Told Today"  with Chris Shaw (Free to Adirondack Museum members and students; $5 for non-members)   1:30 p.m. at the Tannery Pond Community Center in North Creek, NY .  Join Adirondack singer, songwriter, and storyteller Chris Shaw for an
Post a Comment
Read more 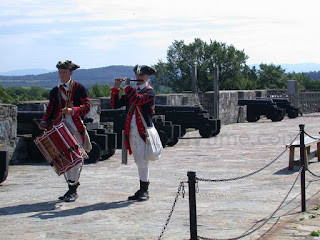 Once a month the staff of Fort  Ticonderoga will lead the  “Fort Fever Series” through April 2013.  When: Sundays  at 2:00.  Where: Deborah Clarke Mars Education Center at Fort  Ticonderoga .  Admission: $10 per person payable at the door; (members of the Friends of Fort  Ticonderoga  are free). Programs are scheduled for January 13, February 10, March 17, and April 21 "The Realities of War" Christopher Fox, Curator of Collections Sunday, January 13, 2013,  2:00 p.m. Using petitions filed by Massachusetts Provincials following their service in the French & Indian War, Chris Fox talks about the experiences of those soldiers during the 1758 campaign against French-held Fort Carillon ( Ticonderoga ). "Exploration on Snow Shoes: A Timeline of Trees on the Pavilion Landscape" Heidi  Karkoski , Curator of Landscape Sunday, February 10, 2:00 p.m. Tour the Pavilion grounds on a winter's afternoon and learn about the ornamental tree speci
Post a Comment
Read more
More posts