Showing posts with the label TriLakes Autumn events
Show all 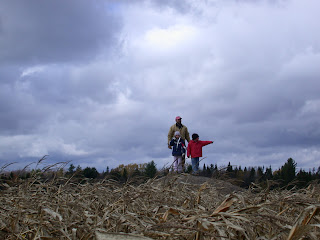 A different view from the Great Adirondack Corn Maze This weekend seems to be the Adirondack kick-off for all things spooky. For my household of scaredy-cats, I look for a range of events that my Adirondack family can enjoy a thrilling adventure without the need to co-sleep. One activity that seems to hold the attention of every age is a trip to the corn maze. Getting lost through those corn stalk twists and turns provides hours of fun. Day or night, an Adirondack corn maze can provide hours or fun for all ages. Now with Halloween around the corner these various locations are upping the thrills with evening scares and flashlight nights. Here are a few of my family’s favorite spots.   In the Adirondack High Peaks is the Great Adirondack Corn Maze in Gabriels. It's open from Thursday to Sunday from noon to dusk through the end of October. Special flashlight nights on Friday and Saturday have the corn maze open for evening hours.  Dont miss the Tucker Farm's Frig
Post a Comment
Read more 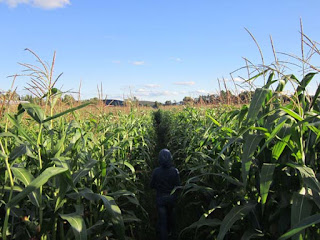 Corn Maze Flashlight Nights, Halloween Ghost Tales, Monster Bashes and Candy Harvests. Oh, my!  UPDATED:   NEW EVENTS ADDED IN RED It’s not all about the candy, I tell my kids. Halloween or All Hallows’ Eve holds its roots in the ancient Celtic festival of Samhain. Some sources state the name Samhain originating from two Gaelic words, “sam” and “fain” meaning “end of summer.” The harvest festival was to bring an end to the harvest and gesture in the beginning of the cold of winter. With superstition and religious undertones, Halloween was also a time that people thought the divide between worlds thinned and the dead could return to cause mischief such as crop failure and famine. Now we celebrate with candy, costumes and a bit of the harvest with numerous activities, some for the brave of heart, but all rooted in fun.   My kids say, “It’s still about the candy.” So below is a list of great Halloween happenings around Lake Placid, Saranac Lake, Tupper Lake and Wilmington NY, s
Post a Comment
Read more 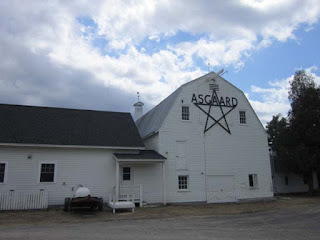 I’ve made my own yogurt for years and recently started experimenting with fermented food. I’m now struggling to produce Kefir without a grainy taste. I just can’t seem to get the balance right. With a cupboard full of sourdough starter and ginger beer plant grains, my pantry looks like a science experiment. With everything else bubbling and brewing, the one product I have no desire to make is cheese. With the amount of dairy my family consumes, making cheese might require an actual cow and we don’t have the space. I’d rather keep things simple and get my beautiful artisan cheese from local Adirondack farms. This Sunday, Oct 11, three creameries have bonded together to once again host The Essex County NY Cheese Tour . The self-guided tours are open from 10 am – 4 pm with farm rambles, free samples and other entertainments.
Post a Comment
Read more
More posts