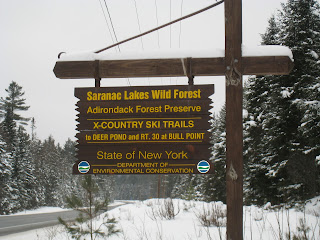 * Please note at the end, comments regarding blow down and conditions on the rest of the Deer Pond Loop! So many sweets have found the way into my home lately that if I didn’t know better I would think it was some evil plan of my dentist to keep himself in business. Plates of homemade treats line the counters and bowls are filled with brightly wrapped candies. I look at the bounty and rub my hands together with glee. I am the willing recipient of homemade goods. Since I have no shut off valve and devour the treats with wild abandon, I also need an outlet to work off my sugar overload. One way to work off those holiday treats is to go for a ski or snowshoe. There are many options and guidebooks available to venture outside and enjoy the snow. One cross-country ski my husband continually informs me I “have to” do is finally complete the 7.3-mile Deer Pond loop. There are two entrances for the Deer Pond area and I have always taken the less popular path near Bull Point on R
Post a Comment
Read more 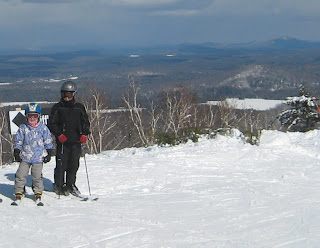 By Diane Chase New York State Ski Discounts for the Adirondack Mountains. Alpine skiing can be expensive for a family. The great thing as that so many downhill ski mountains offer discounts and special events that if you plan ahead you can save money. Please keep checking back as discounts become available I will list them here.  Keep money in your pocket while enjoy all the Adirondack ski resorts have to offer. Ski Olympic mountains or small family-size hills.  Below are just a few savings so go to the websites to see if lodging and other discounts fit more to your family's needs. Besides discounts I have listed those mountains that offer night skiing and tubing as well.
1 comment
Read more

Adirondack For Kids: Charles Dickens and A Christmas Carol Trivia

By Diane Chase Did you know? Charles Dickens • Charles Dickens was born in 1812 • At 12 he was forced to leave school and work in a factory to help get his family out of debt. • He is considered a Victorian author because he wrote during the Victorian era • He was the most popular writer of his time • Dickens began his writing career as a journalist • He wrote plays, journals, travel books, and weekly periodical called Household Words and All Year Round as well as numerous novels • He also traveled to the United States to speak against slavery • He had ten children with his wife, Catherine • Dickens wrote five Christmas books but A Christmas Carol is the most popular. • He died before his last book, The Mystery of Edwin Drood was completed • He used his writing to highlight poor working conditions and the atrocities of child labor • The characters from his books were inspired by real people from his life Like the character Mr. Micawber in David Copperfield, Dicken
Post a Comment
Read more

Adirondack Total Eclipse of the Moon: Nature Dectective What to do with kids

Photo from MrEclipse.com What to do with kids in the Adirondacks, Lake Placid, Lake George, Saranac Lake, High Peaks Tuesday, December 21, 2010 EST  Total Eclipse of the Moon time frame partial eclipse = 1: 33 a.m. total eclipse begins = 2:41 a.m. mid eclipse = 3:17 a.m. total eclipse ends = 3:53 a.m. partial eclipse ends = 5:01 a.m. Be a Nature Detective: What is a Lunar Eclipse? • An eclipse of the moon can only take place when the moon is full and if it passes through part of the earth's shadow. • A lunar eclipse is safe to view with the naked eye while special filters are required to view a solar eclipse.
Post a Comment
Read more
More posts