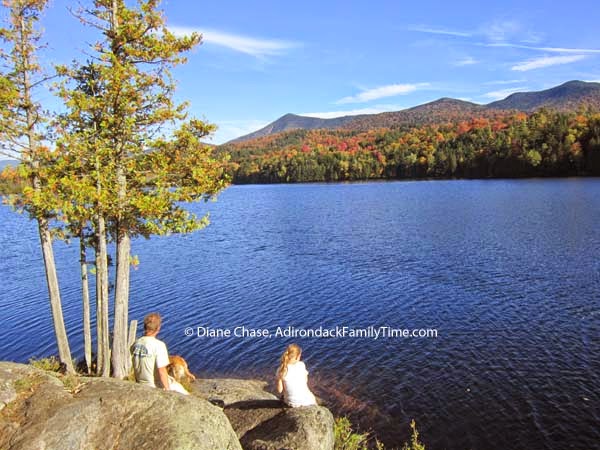 This certainly has been a spectacular autumn. There have been so many options for viewing the changing season and a quick walk to Moose Pond is one of our favorites. Even as the season wanes, there seems to be plenty of color in the mountains.
This easy Adirondack family hike begins between two fields on Rt. 3 between Saranac Lake and Bloomingdale. Since it is midweek and no other cars are around, I park at the canoe carry at the Saranac River bridge. There is parking for three cars by the bridge, but during busy weekends and summer days it’s best to park at the pullover on Rt. 3 and walk the additional 300 yards.
According to Historic Saranac Lake the Rt. 3 trail to Moose Pond was once a logging trail and then became the access for a private club called “Bel-Lago Park” in the 1920s. It has since converted back to state land. It has long since overgrown and narrowed to become the current foot access only trail. The trail to Moose Pond is generally flat with a few rolling hills.
I ha…
Post a Comment
Read more
More posts