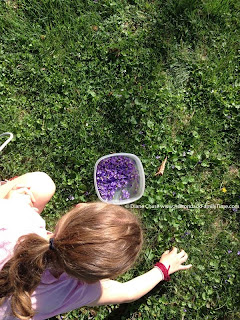 Picking the violets is a sweet job! Springtime means violets and lilacs. I love having an edible landscape. Violets are one flower that brings color to my recipes and with the right violet, they even bring a sweet, sweet scent. In the Adirondack Park where I live, the purple native violets do not give off any scent. Also called blue violets (Viola sororia) these violet flowers and new spring leaves are edible and full of Vitamin C. The flower of the common blue violet (Viola sororia) has five rounded petals and is unscented while the leaves are heart-shaped. These native plants can be tossed in a spring salad adding bright floral interest. The more fragrant English wood violets (Viola ordorata) are what is most commonly used for perfumes and essential oils have naturalized in some places. The purple violets in the Adirondacks are unscented The small white violets have a sweet scent! Though there is one native sweet violet (Viola blanda) in the Adirondacks that does
Post a Comment
Read more 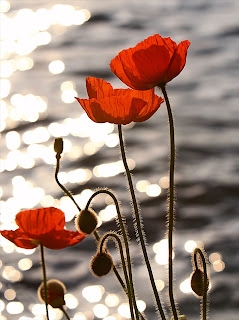 Memorial Day  was officially proclaimed in 1868 by General John Logan, national commander of the Grand Army of the Republic, in his   General Order No. 11 , and was first observed on May 30, 1868, when flowers were placed on the graves of Union and Confederate soldiers at Arlington National Cemetery.  • The first state to officially recognize the holiday was  New York  in 1873 • 1890 - Memorial Day was recognized by all northern states.  • The South refused to acknowledge the day until after World War I What changed?  The holiday now honors all Americans who died fighting in any war, not just those that died fighting in the Civil War.  • Some southern states still have a separate day honoring the Confederate war dead:   January 19 in Texas  April 26 in Alabama, Florida, Georgia, and Mississippi  May 10 in South Carolina  June 3  in Louisiana and Tennessee, which just happens to be  Jefferson Davis' birthday Memorial Day (Remembrance Day,  Poppy Day , Armistice Day) is
Post a Comment
Read more
More posts