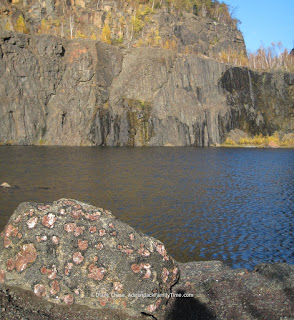 Digging for treasure is something that one doesn’t seem to grow out of. No matter our age it is still exciting to unearth a precious object. Sometimes the search for treasure is much more fun than the finding of it.   Barton Mines is one of the oldest continuous family-owned operating mines in the United States. Located in the Adirondack Park since 1878 Barton Garnet has produced garnet abrasive products.  While on our tour we are told that not only is the garnet New York State’s official gemstone, it is the hardest garnet in the world.  Barton Mine is located in North River (NY) , about 35 minutes from Lake George, Blue Mountain Lake and Long Lake. The Gore Mountain area has one of the largest deposits of this particular garnet, sometimes called the “Adirondack Ruby,” in the world. It is used in all sorts of industrial applications from sandpaper coatings to waterjet cutting abrasives.  This particular mine ceased operation in 1984 when a water vein flooded the p
Post a Comment
Read more
More posts