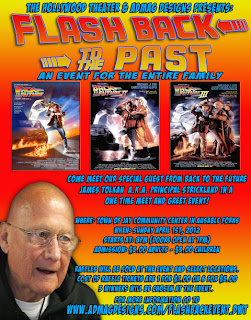 By Diane Chase Held at the Hollywood Theatre in AuSable Forks, six classic 80s films will be shown in succession with a special guest appearance with actor James Tolkan held at 8:00 p.m. at the Jay Community Center. Tolkan will conduct a “meet and greet” with audience members and share his experiences during the making of the films. He will also answer questions from the audience. Seating is limited but tickets can be reserved. One of the Hollywood Theatre’s two screens will be shows what Garrow terms “chick flicks” with Footloose , Dirty Dancing and Sixteen Candles while the second movie theatre screen will house the Back To The Future Trilogy .   The first show starts at noon. “The two events, the films and meeting James Tolkan are separate,” says Garrow. “ Tickets are sold individually. People can just attend the evening event if they just wish to meet James Tolken or come watch the films. I wanted to keep options available so people could attend one
Post a Comment
Read more 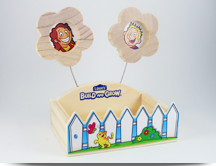 By Diane Chase, Adirondack Family Activities™ Lowe's Building Supple has family fun for all ages on select Saturdays from 10:00 a.m. - 11:00 a.m. During their Build and Grow clinics each child is given a kit to make a wooden toy. Each child will also receive safety googles, work apron and a certificate of completion. This is a wonderful way to spend an hour together and build something that can last a lifetime. An older child can build to toy and gift it to a younger child! Enjoy
Post a Comment
Read more
More posts