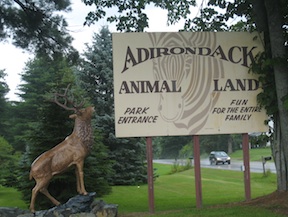 By Diane Chase Did you know that Gypsy Moths were introduced in the United States as a failed attempt at creating a silk industry similar to the silkworm? The Gypsy moth was brought from Europe to Massachusetts in 1869 by Leopold Trouvelot in attempt to breed the moths for silk production. A few escaped and now the moths defoliate trees from east to west coasts of the United States. Well, Mother Nature is trying to trip my apple growing by first giving that cute fawn apple leaves to nibble upon and now a bout with tent caterpillars. So what is the difference between the Eastern Tent Caterpillar, Forest Tent Caterpillar and the Gypsy Moth?  Eastern Ten Caterpillar "tent" The Eastern Tent Caterpillar • black heads, light brown body with hairs with a white stripe. • Light stripe down its back bordered with brown and black wavy stripes on either side  There are a series of blue and black dots along the length of the body • Length - about 2 to 2 1/2 inches • The
Post a Comment
Read more
More posts