By Diane Chase Circus Smirkus is coming to Plattsburgh this weekend, July 2-3 behind the Crete Memorial Center, 4 Beach Road. Since 1987, Circus Smirkus has provided an avenue for young people ages 11-18 an opportunity to learn circus performing arts through in-school and summer circus camp opportunities. Children are representing this year’s Big Top from 13 states and the United Kingdom. This lofty goal initiated a movement to teach fundamentals as well as creativity from coaches from around the world as far reaching as China, Russia, Mongolia and around the U.S. Children are immersed in the traditional circus lifestyle. They learn multiple circus acts as well as technical aspects like staging, concession, cleaning and rigging all while living at the Vermont base. There is even a Smirkling Camp for children ages 6 to 8. So children can actually run away to the circus. The relief for parents is to know that it’s under the guise of summer camp. There is no Circus Smirkus camp
Post a Comment
Read more

Independence Day Fireworks in the Adirondacks 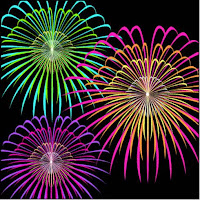 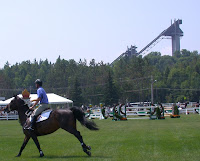 By Diane Chase Watching the Lake Placid Horse Show may be intimidating for anyone without a background in Show Jumping but don't let inexperience allow a wonderful event to pass by. (My horse experiences consist of trail rides on only the oldest and most gentle animals.) For a dollar you can take a walking tour and learn the ins and outs of jumping. The Lake Placid Horse Show Association offers weekday in-depth visits behind the scenes of the grounds. The tour meets in the vendor section of the horse grounds. Read More
Post a Comment
Read more

Family Fun: Be a Web Ranger 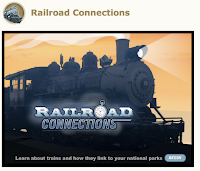 By Diane Chase Though it seems against the whole idea of summer vacation and getting outside, children can become Web Rangers and learn about all the various National Parks. It is an opportunity to experience all the National Parks, Monuments and Historic Sites from the comfort of your own home. By all means, this is no substitute for a nature hike and being active. It is a nice learning experience under the guise of a rainy day activity . Choose from over 50 activities that allow children ages 8-16 to learn more about each of our national parks. There is even an opportunity to get a WebRanger patch. A sampling of activities are People – Decode Washington's secret messages. History – Travel the seas in 1812 on a Navy war ship Nature – Read a map to figure out the quest. Puzzles – Go on a website scavenger hunt Science – Match dinosaurs to their diet. Parks – Play “Alpha Codes." Animals - Guess the animals in your parks We choose to set a limit on how much com
Post a Comment
Read more
More posts