Showing posts with the label Lake Placid trivia
Show all 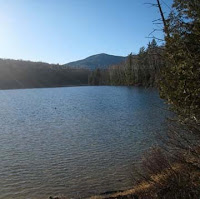 By Diane Chase Adirondack Family Time Fun Facts: • Mt Jo was originally named “The Bear” • It was renamed Mt. Jo in 1877 to honor Josephine Schofield, fiancée of Henry Van Hoevenberg. • Josephine Schofield helped choose the site for the Loj but died within the year, never living long enough to see their plans built • Van Hoevenberg bought 640 acres and Mt Jo as a memorial to his fiancée • Henry Van Hoevenberg built the original Adirondack Loj and some of the trails to the surrounding High Peaks. • Mt Jo’s elevation is 2,876 ft with an ascent of 700’. • Heart Lake was originally named Clear Pond. • At the time Adirondack Lodge (now Loj) was built it was the largest log structure in the world. • Melville Dewey, of the Dewey Decimal System, was an advocate for simplified spelling and a member of the Lake Placid Club, one-time owners of the Adirondack Loj.
Post a Comment
Read more
More posts