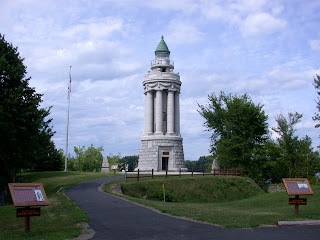 There is something special about having alone time with my daughter. It gets even better now that she branches out beyond the princess -themed play to climb, fish, or catch something. This time we are explores searching for new lands. We may not discover unchartered territory in our Adirondack Coast tour but we will tread on the lands discovered over 400 years ago by Samuel de Champlain. 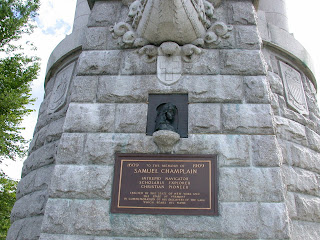 I wish to see the bronze bust “LaFrance” by Auguste Rodin (best know for sculptures “The Thinker” and “The Kiss”) that is part of the Champlain Memorial Lighthouse and my daughter is an explorer in search of treasure. She is really searching for ice cream but she is pretty much game for anything. 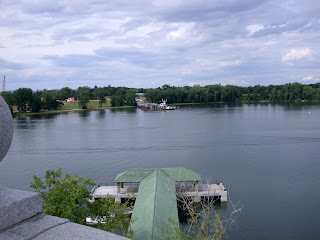 The campground is easily found as we follow cars on the way to take the ferry to Vermont. (The current ferry site is also the site of the old Lake Champlain Bridge, also know as the Crown Point Bridge which was demolished in 2009.

There is a day use fee to enter the campground but it is not applicable after Labor Day. Another option is to park outside the grounds at the Lake Champlain Visitor’s Center near the ferry entrance and just walk.

The ranger at the gate points us to the lighthouse. We bypass the structure to walk around toward the water and down the steps to the Crown Point pier. A family is fishing. I have my daughter’s pole but she is more interested in seeing what the other kids get than catching her own. 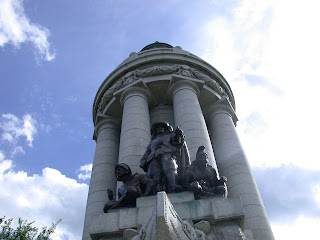 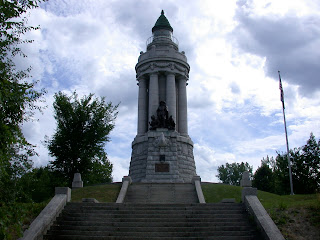 My child is a born politician and tells me she needs no other treat than to be with me though chocolate ice cream wouldn’t be so bad either. It is time to find her treasure.