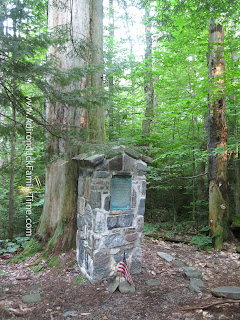 Dedicated to the memory of Malcolm L. Blue, a young navigator of the 8th Air Force, is a plaque affixed a stone monument. The walk is relatively level with a few uphill treks but no significant gain/loss in elevation. Watch out for roots which are plentiful. The monument is just a few minutes’ walk from the highway.  This hike isn't just for  kids, but is an easy Adirondack family hike is  a quick wooded walk for all level of hiker including grandparents or with your dog. 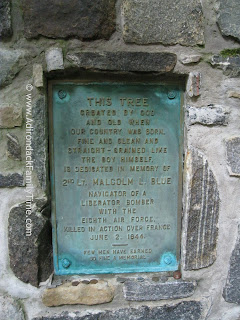 The plaque reads: “This tree, Created by God and Old When Our Country Was Born, Fine and Straight-Grained Like the Boy Himself, is Dedicated in Memory of 2nd Lt. Malcolm L. Blue, Navigator of a Liberation Bomber With Eight Air Force. Killed in Action Over France June 2nd, 1944. Few Men Have Earned so Fine a Memorial.”

The treasure to look for is a small monument dedicated to the memory of a World War II navigator of the 852nd Bomber Squadron, 2nd Lt. Malcolm L. Blue. Blue had been shot down by enemy fire on June 2, 1944 in France, shortly before his 23rd birthday.  Blue is buried at Epinal American Cemetery and Memorial outside of Vosges, France. Epinal is one of 24 permanent American burial grounds the American Battle Monument Commission operates on foreign soil. 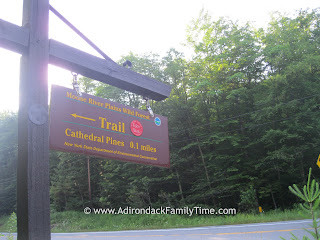 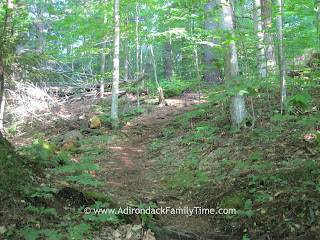 Directions: Between 7th and 8th lakes of the Fulton Chain of Lakes in Hamilton County, drive 0.9 mile SW of the Eighth Lake Campground entrance on Route 28. Look for the state sign on the north side of the highway that reads “Cathedral Pines.” 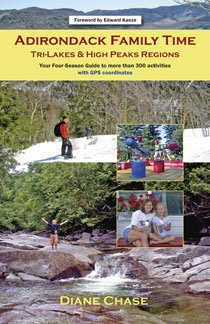