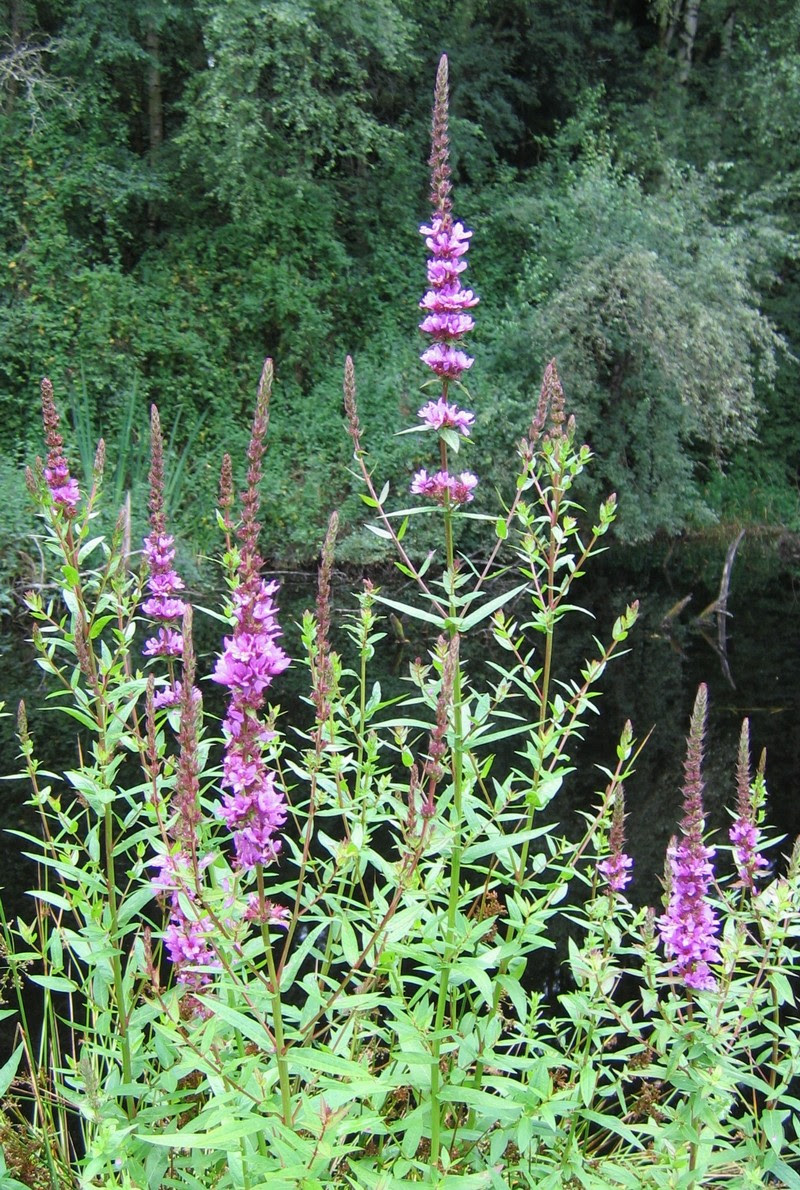 There is always a lot of conversation about invasive species in the Adirondack Park. These prolific plants, animals and insect crowd out native plants.

Purple Loosestrife is a hardy perennial that was brought to North American by settlers as early as the 1800s as a medicinal plant to treat such ailments as ulcers, diarrhea, and dysentery.

How does it affect other plants?
1) Its rootball grows in a tangled mass that chokes out other native plants.
2) A single plant can produce as many as 3 million tiny seeds.
3) It is aggressive and grows by root and seed making it nearly impossible to eradicate.

What eats Purple Loosetrife?
The golden loosestrife beetle(Galerucella pusilla) is being introduced into the Adirondack Park in hopes to help control this wetland invasive. Thankfully extensive research shows that the beetle will not become a different issue to deal with. The beetle dies as the Purple Loosestrife population declines.

Anonymous said…
Thankfully extensive research shows that the beetle will not become a different issue to deal with. The beetle dies as the Purple Loosestrife population declines.native wetland plants