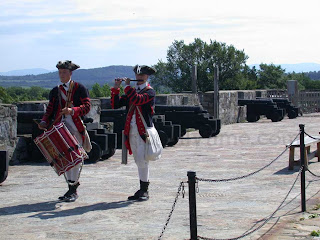 "Fort Fever Series: The Roar of Musketry and Cracking of Rifles"
February 12, 2012
An introduction to weapons of the 18th century with Curator of Collections, Christopher Fox.

April 22, 2012
Learn about the fascinating life of Henry Knox from his first job in a book shop to his role as the nation's first Secretary of War.
Fort Ticonderoga ticonderoga