Showing posts with the label Schroon Lake theatre
Show all

August 13-14, 2016 World Premiere of "The Night We Met" Showcases Schroon Lake at The Strand Theatre 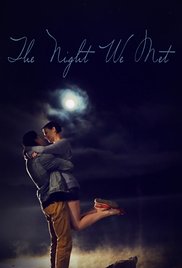 Schroon Lake became a hotbed for the film industry early this year when the wife and husband team, Tracy Nicole Cring and Jon Russell Cring, of Cinema Rebellion filmed their latest project in the Adirondacks. Originally set in a small town in Tennessee, the script called for a timeless location with a small town vibe. Now the World premiere of The Night We Met is set for August 13-14 at the Strand Theater. “This film is my wife’s autobiography,” says Jon Cring. “One of the people has a camp in Schroon Lake so we came to just take a look. When we got here we met Maureen and Robert of the Adirondack General Store and noted it as a place similar to a location in the script.  We walked out and saw a phone booth that was also in the script. We were surrounded by all sorts of references to the film. It worked out perfectly. We look for a place that people can relate to. A place that screams out that they want to come here and spend time here. That is exactly what Schroon Lake is, be
Post a Comment
Read more
More posts