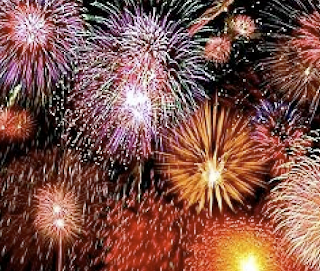 Lake George has fireworks at dusk every  Thursday during the summer months of July and August. So head to Lake George Village at about 9:30 each week to watch the sparks fly... Oh yeah, and don't forget about Fourth of July fireworks near Lake George!
2012 Fireworks Dates: