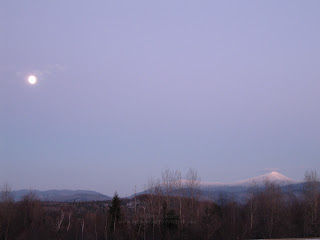 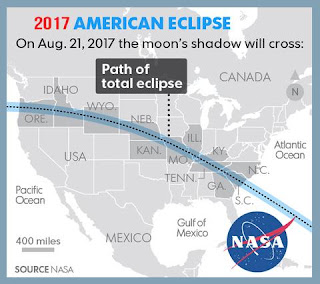 On August 21, the sun will disappear behind the moon for about two minutes, and cross a narrow band called a “path of totality” from the Oregon coast to South Carolina for a total solar eclipse. The last time a coast-to-coast solar eclipse occurred was in 1918. After August 21, 2017, the next time it will happen will be around the year 2045.

1) Do not look at the uneclipsed or partially eclipsed sun through an unfiltered camera, telescope, binoculars, or other optical device.
2)  Do not look at the sun through a camera, a telescope, binoculars, or any other optical device while using your eclipse glasses.
3) Oregon, Idaho, Wyoming, Kasa, Nebraska, Illinois, Missouri, Tennessee, Kentucky, South Carolina, North Carolina and Georgia are the states along the path of total eclipse. Observers outside this path will view a partial solar eclipse where the moon will cover part of the sun.
4) The first point of contact will be visible in Lincoln Beach, Oregon at 9:05 am. PDT
5) The Path of Totality is around 70-miles wide stretches the length of the whole United States, from coast to coast.